Unfolding Kreuzberg's industrial past. Get swept away by its vibrant life and a surprisingly rich nature.

The Kreuzberg district has always been extremely diverse. Existing side by side with a flourishing upper middle class and the living areas of army officers, the quarter of the working class would later become the alternative part of the district. Drawing back to the area's old postal code, locals call this part of Kreuzberg SO36. 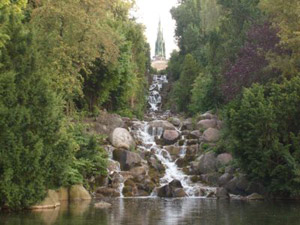 Our Bike Tour Kreuzberg Deluxe is a journey through the various facets of Berlin's past. The tours starts with the historic city centre, from where we're moving on to the remains of the old rail terminus Anhalterbahnhof, and the new park area. We stop shortly at a magnificent courtyard ensemble, reserved for the exclusive use of wealthy army officers to be among themselves. For all Currywurst lovers (pork sausage spiced with curry) we'll take a break at one of three Currywurst Shops in Berlin, Curry 36. Very kreuzberg-like, you get to choose your sausage not only 'with skin' or 'no skin', but also 'regular' or 'organic'. That just figures Kreuzberg! 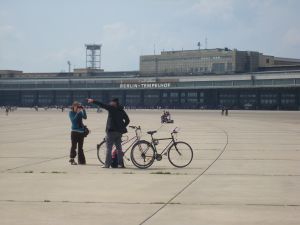 Only a few steps away, in the heart of the city you can hear the cascading waters of the Kreuzberg Waterfall, followed by the first challenging part of our Kreuzberg Deluxe route: We're going up Kreuzberg hill to enjoy the excellent view. Situated at its highest point, the Prussian National Monument for the Liberation Wars commemorates the lives lost during the last stages of the Liberation Wars against Napoleon. 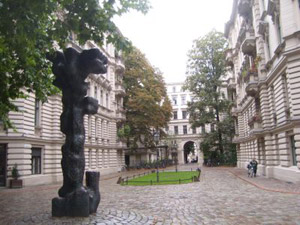 Now our tour is leading us through the jungle of shops and eating places on lively Bergmannstraße. Beyond its boundaries we enter Tempelhofer Vorstadt - a perfectly preserved suburban area, which has its roots in the architectural style of the Gründerjahre. Besides the beautiful residential houses, we will pass a restaurant that is more than one hundred years old and a quirky historical urinal in the shape of an octagon. Previously a military area, this district has a richly varied historical past, but has also known some changes in recent times. We bring you closer to both. 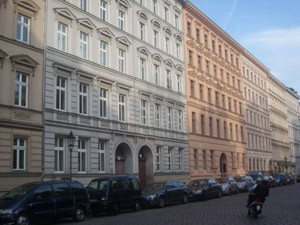 Next stage of our tour is Tempelhof Airport. A while ago the wide fields of the former Airport were transformed into a recreational park and are now open for the public. The vast area whose dimensions get the better of New York's Central Park gives you the feeling of being free. In a cosy, on-site beer garden you can let your eyes and mind wander.

One last round on the site and off we go across the runways into one of the previously poorest living areas. Neukölln used to be a place with planes crossing at the top, now it is a top-notch location for home seekers - and it's going to be big. With us you will find out what future has in store for it!

Cycling along a scenic route, we're getting to the end of our Tour -  Kreuzberg, we'll be back!