This Full Day Tour of Berlin and Potsdam covers a distance of approximately 50-60 km. 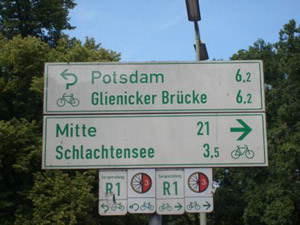 We set off our tour with Berlin's historical city centre and the Brandenburg Gate. We cycle through the Government Quarter, past the main station till we reach the Moabiter Werder. The small manbuilt island, located in the district of Moabit, has no less than 21 bridges. Surrounded by greenery, we follow the river to Bellevue Palace, the residence of Germany's Federal President.

The former working class district of Moabit is home to two important companies in 19th century Germany. The dairy farm of entrepreneur Carl Bolle and the locomotive manufacturer Borsig. They were the first of a generation of industrialists in entrepreneurial Germany, and yet, they tried to bring about social change and felt a strong sense of responsibility towards their workers. 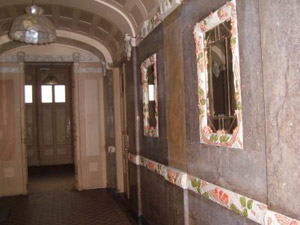 Just a stone's throw away are the beautiful art nouveau buildings, designed originally for the class of salaried employees. Passing Kleiner Tiergarten, we get to one of the last remaining historical indoor markets in Berlin. After our stroll around the stalls, we're offered the opportunity to take a break in a traditional Berliner watering hole.

The Turbine Factory, a brainchild of architect Peter Behrens counts among the best known German industrial buildings, not just for its great dimensions. 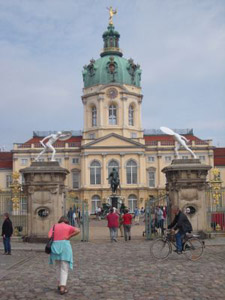 Here, we will get a lot of information on Germany's second wave of industrialisation matching the American model, street battles and the housing conditions of the factory workers.

Back on track to the Spree river, we pass by an old popular theatre. Following the river, another highlight of our Full Day Bike Tour emerges in the distance - the majestic Charlottenburg Palace.

On narrow ways we cycle past the Lietzensee, a small lake in the Charlottenburg district and finally reach the Grünewald. Around this large forestal area, the edges are covered with a series of beautiful houses and villas. Leaving them behind, we cycle our way through the forest towards Wannsee. 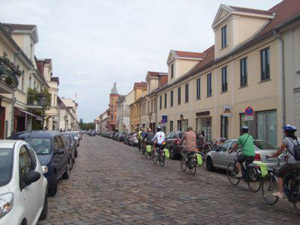 The great and the small lake Wannsee, more villas, including the one where the Wannsee Conference was held in 1942, as well as the residence during summerdays of German painter Max Liebermann, the Liebermann Villa, lie before us.

Along the tree-covered riverside and hidden beer gardens, we're getting closer to our Full Day Tour destination Potsdam. On our way we stop by the Pfaueninsel (peacock island) before we cross famous Glienicke Bridge, where the Western and Soviet forces exchanged spies.

In Potsdam our tour concludes with a  visit to the historical old town, the Dutch Quarter and Sanssouci Palace, where our Full Day Tour City West and Potsdam comes to an end.

To get back to Berlin we use bike-friendly public transport.

The Full Day Tour City West and Potsdam is a great mixture of all the highlights of the City West, parks, lakes and rivers, including Potsdam and its splendours.